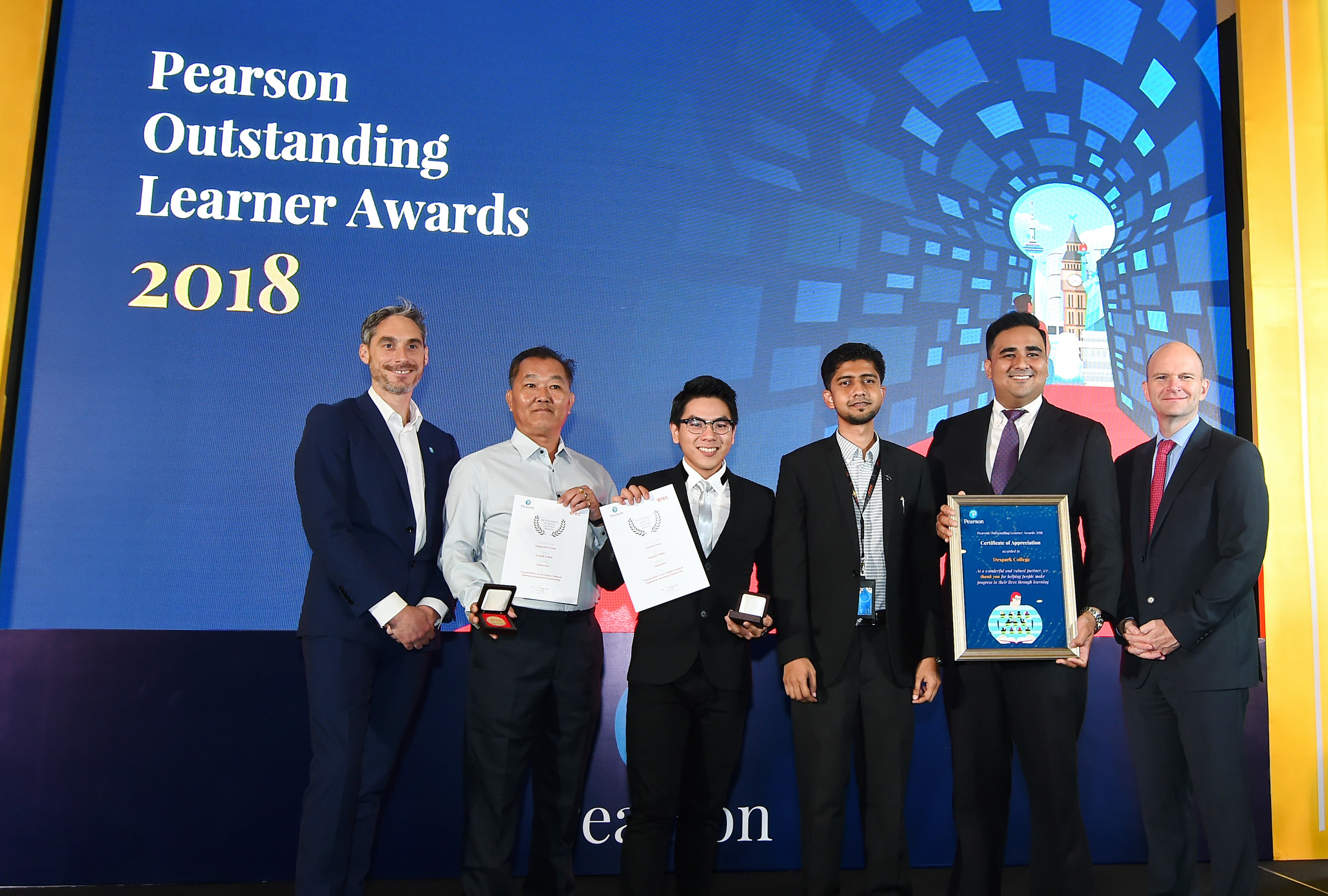 The awards were presented at a prestigious awards’ ceremony at the Le Meridien Hotel in Kuala Lumpur, Malaysia on Saturday 29th September, 2018. 2 students from Despark College, Chong Hock Leong and Tay Wee Leong were chosen to received Outstanding Learner Awards. Unfortunately, one of the winner Chong Hock Leong was unable to collect his award in person because he is pursuing his Bachelor Degree at University of Hertfordshire, UK. However, his father, Mr. Chong was delighted to collect his certificate and Pearson medal on his behalf during the ceremony.

Congratulations to both of the winners!